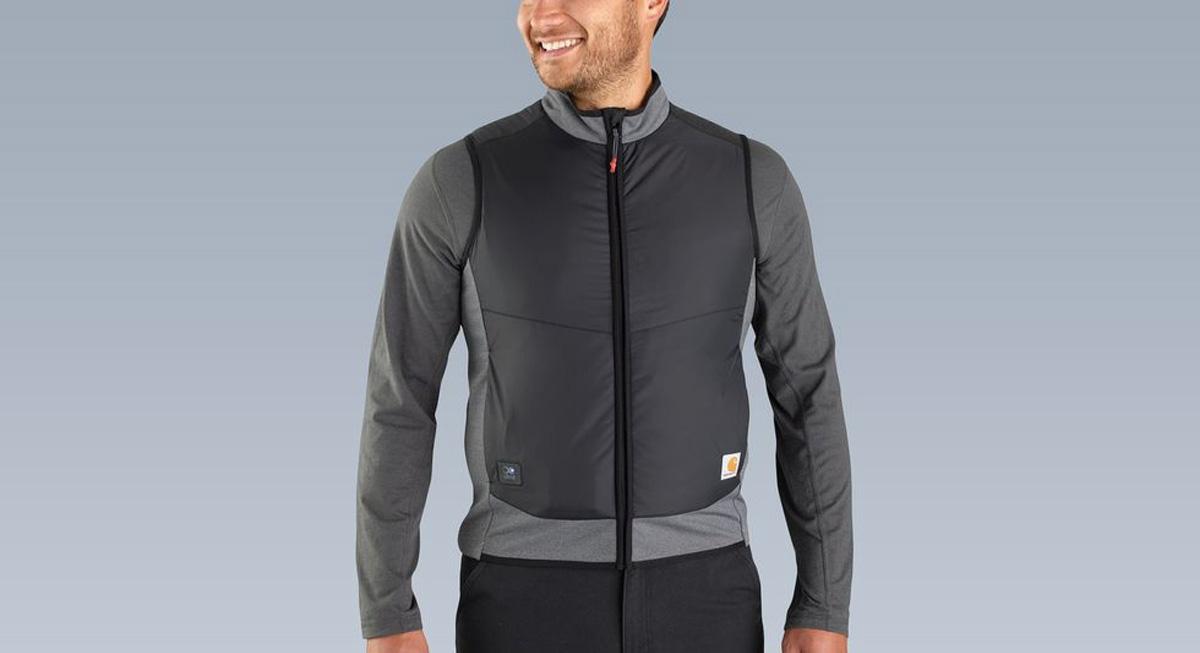 We are thrilled to introduce you to the workwear of the future: the Carhartt x clim8 X-1 Smart Heated Vest.

Built to eliminate the pain point of layering clothes while the long days of work or the Saturday hikes, as well as overheating in cold-weather gear, the new Carhartt X-1 Smart Heated Vest frees workers from distractions and allows them comfort and performance on and off the work.

Integrating clim8® heating technologies, the new intelligent heated vest has been designed to cope with changing body and outdoor temperatures with a customized, self-regulating heating system that will allow comfort and performance at work. Including an AI-based heating system that detects when to start and stop heating, an auto on/off wearing interface that detects when the users put on or take off the vest, and a smart battery system that optimizes usage to ensure longevity.

When we started our collaboration, we first analyzed the current needs of our potential users. We realized that workers need to use several layers when working outside, but they need to take them off depending on the changes of the outside temperature during the day and the intensity of the activity.

With three strategically-mapped heat zones across vital sections of the torso, the new Carhartt X-1 Smart Heated Vest is on the cutting edge of wearable technology, that intelligently responds to a real-time temperature, activity level and changing conditions.

The key of the collaboration

Working with Carhartt gives us confidence, since it is a brand that knows the needs of our target and are experts in the workwear field.

We’re proud to be Carhartt’s first innovative partner and the one that allowed them to integrate new technologies into a product to better meet the needs of their users. Which pushed us to take the risk and to put ourselves at the height of durability.

The Carhartt X-1 Heated Vest itself is a very versatile product, and it will be very interesting to see how it performs depending on the activities done by the users and the layers used.

With this new collaboration, our R&D team will have a broader view of the thermal scheme of the different products and especially on the vest, a new product for us, and how the intelligence will respond to the different uses. 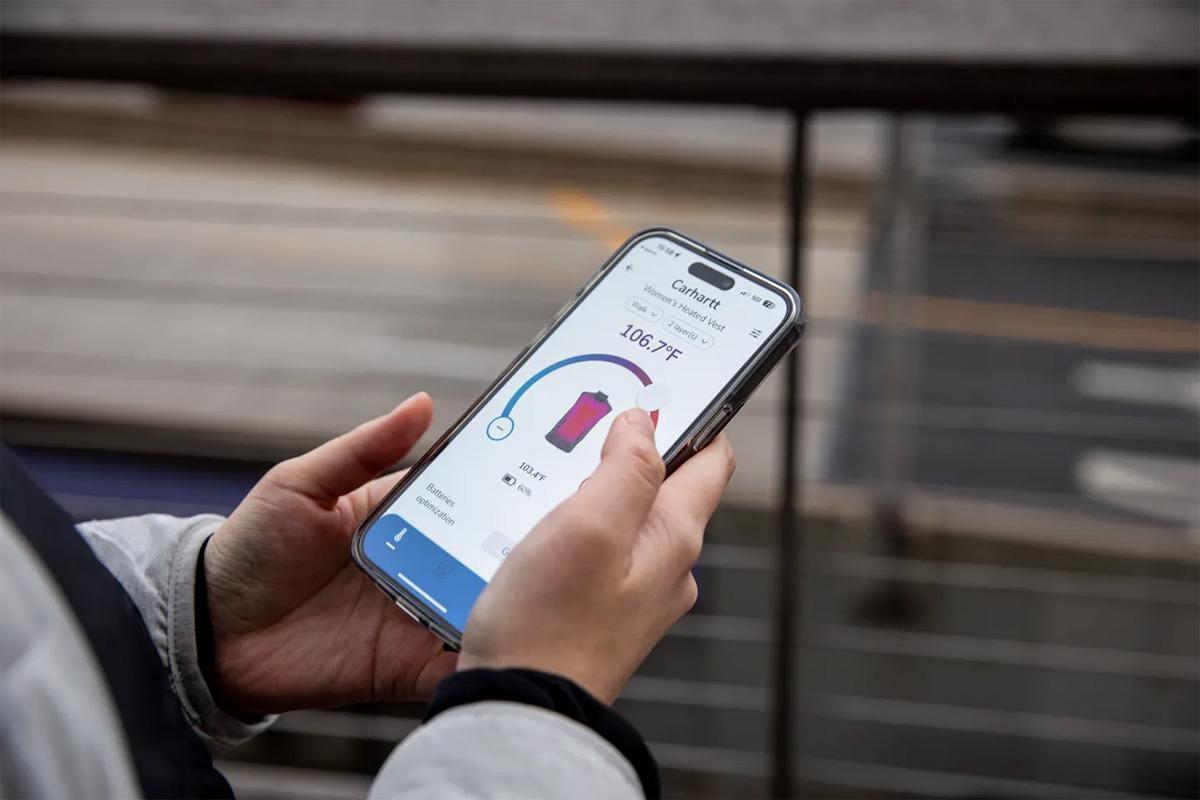 “Merchandise that is honestly made to serve will create a lasting friendship” – Hamilton Carhartt, the Owner and Founder.

1889 was the beginning of Hamilton Carhartt & Company. What made it possible for the brand to become the brand it is today is their famous overalls. At that time they only needed two sewing machines, a half-cylinder electric motor and a small loft in Detroit to start the production of their flagship product.

By 1910, Carhartt had expanded to include factories in South Carolina and Georgia, as well as sewing shops in Atlanta, Detroit, Dallas and San Francisco. The company also expanded internationally with the opening of factories in Canada, England and France.

In the coming years, Carhartt enjoyed its success with Americans, having supported the U.S. military during World War I and II, providing uniforms, coveralls and workwear to all sectors.

From the 90’s, we start to hear the brand in the Hip-Hop industry, which made Carhartt develop a new entity, the “Carhartt Work In Progress” which will target Europe and Asia, with a more streetwear style while keeping its original features and design. 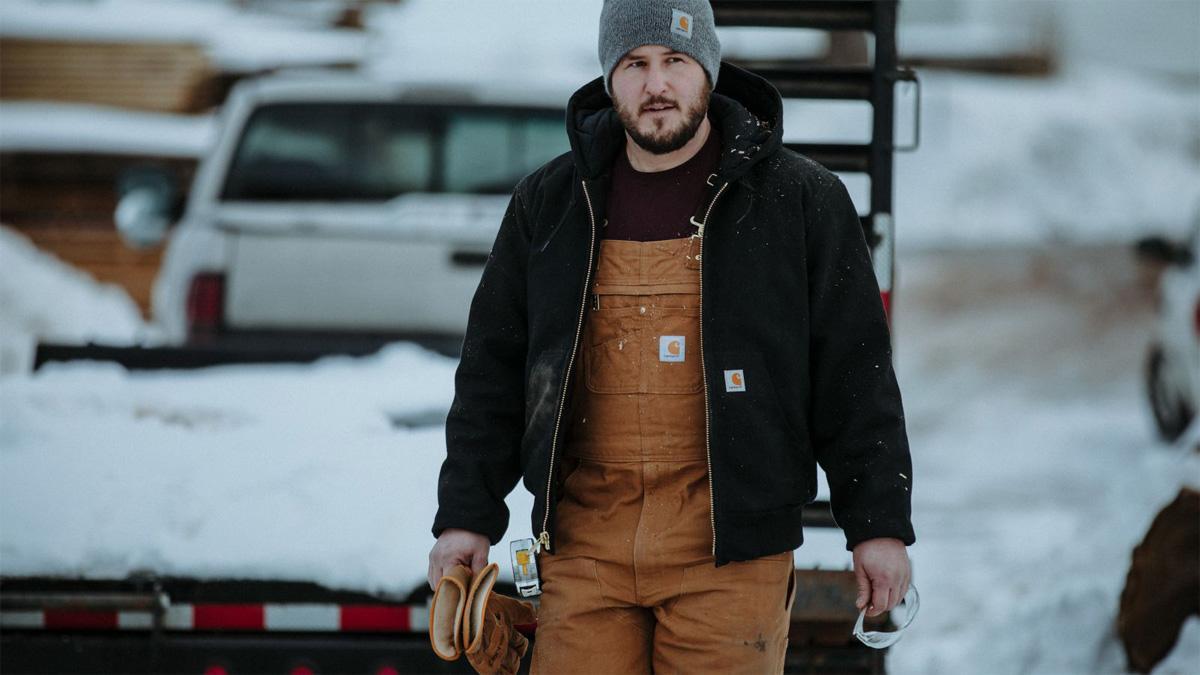